I've only really just begun to realise that self-promotion is ok.  So here is a little bit of something I created tonight to promote my debut album... let me know what you think 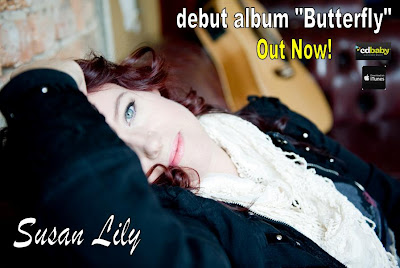 I'm rather proud that I've learnt a new skill and can make things like this within minutes... computers are way cool :)

"Margaret! Maaaaargaret!!  Come quickly!!!"
"What is it Steven?  Are you ok?" Margaret said, as she dashed into the sitting room.
"More than ok, I'm excited!" he squealed "Look at my plant!  I've got a plant!!"

Sure enough, as she leant over the small box balanced on the windowsill, there it was.  Small and delicate, just like Steven, yet it gave her hope.  Steven had been ill for some time now and only a miracle would see him walking again. The Doctors had said he was a moderate case and would survive it but it meant each day was still rather precious.

You would think that peace across the globe would bring more joy than it had.  The men had come home and women were there waiting for them and to resume their prewar lives, if they could.  For Margaret it was a little harder since she and Steven were the last in her family.  She had found work as a typist and was able to bring some home to do.  That had become more and more important since Steven's sudden illness.  They said it was an epidemic, that children everywhere were dropping like flies.  Another blow to people across the globe who had lost young to war graves.  There was no cure she was told.

She gazed at his smiling face and knew there was pain underneath.  Oh, he'd put on a "brave little boy" face for her as much as he could.  There were times when she caught him staring wistfully out the window to the garden he would never run around in again.

The window box had been a suggestion from the nurses at the infirmary.  Perhaps, they said, if he had something to look forward to he might recover better.  Her eyes were drawn to the small seedling that had risen from below the soil.  The one that had been brave and tough enough to erupt from it's cocoon.  She felt it was a start, albeit small.  Steven's face and squeals of delight nearly made her cry.

As she turned to go back to her work Margaret shed a tear and smiled.  It was moments like these that made everything else seem easier to bear.
Posted by Susan Lily at 13:23 No comments:

She sat there hopeful he would turn up as he had done before.  To see that half smile he gave her yesterday would be nice.  It had warmed an otherwise cold day.  She tried not to be anxious or overzealous by pretending to write in her journal and sip her coffee.

Looking up each time the door opened she found herself becoming more and more despondent.  He’s not coming today, she thought. Like a known fact, her gut instinct told her she would not see his warm eyes today.  She suddenly felt a little bit sad; all because he had glanced her way more than once and smiled.

“Silly me”, she muttered as she shook her head and packed up her belongings.  Said goodbye to the proprietor and ventured out into the cold. She hoped her mystery man was ok and that the only thing wrong was their timing.  She hoped she would see him again so she could be brave enough to say “hello” this time.

He raced around the corner like a demon and parked the car.  Damn! There she goes, back to the warmth of her building.  He had tried to be there earlier; wanted to see her again.  Funny, he hadn’t meant to look at her the first time, but he did.  Then he found himself looking at her again; sideways glances whilst he waited for his lunch to be made.  She always looked calm and serene and he liked that.  There was something else he couldn’t quite put his finger on but suddenly he found himself back there every day hoping to see her.  Why he didn’t talk to her, introduce himself, he did not know.  What was he afraid of?  All she could do was say hello or just stare back at him.  It wasn’t as if he hadn’t survived worse before so why was he suddenly too shy to just go over and say hello?

He watched her stroll along the street gazing at the sky as though she had no cares.  He suddenly realised he’d held his breath whilst watching her, and inhaled the brisk cold air into his empty lungs.

Pushing open the door he strode in and ordered his lunch, hopeful that tomorrow she would be there long enough for him to have the courage to say “hello”.
Posted by Susan Lily at 19:21 No comments: