It's been a while since I had a band to take around the place and play festivals, so I'm really excited to be sharing this news with you today.

So grab your diary and lock in to see 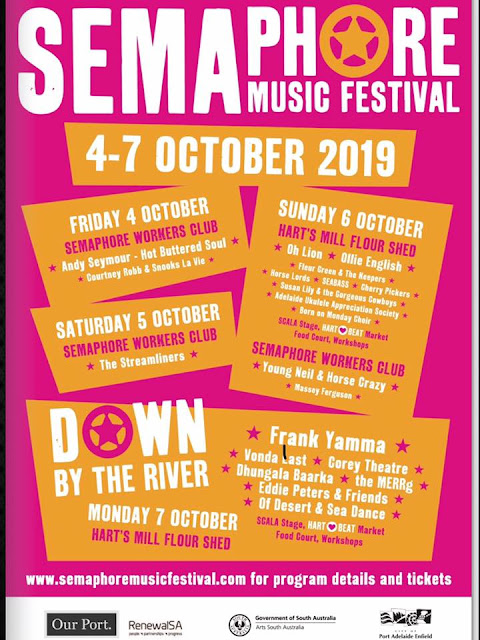 With lots of other great local and interstate acts to come and see, plus great food and a wonderful riverside area, it's a fab way to spend the long weekend in October!!

I will have copies of all my music for sale and now take cards so you never have to worry about not being able to take a part of me home with you!

Cheers and can't wait to see you all.

Dear Lou (why I want You to Know this now)

How do you prepare yourself for the passing of a dear friend?  How do you, especially when you find out their time is near and you are not able to travel to see them?

I've decided that it's more important to write now about how this person affected my life so he can read this and know what a wonderful person he is and how much we will remember him.

It began when I moved to Melbourne to pursue, amongst other things, stand-up comedy.  I already knew about the open mic at The Espy and through that came the info on a place called The Armadale Hotel and a guy called Louis-Robert Stomm who ran the room.

I can't quite remember if first contact was made via phone or just turning up.  What I do remember is how welcomed I was and also how quickly I was given the opportunity to tread the boards there on the monday night show.

The particularly interesting aspect of this venue was that the open mic was at the end of the evening and the beginning showcased comics who were being filmed for the regular tv show (Champagne Comedy) on local access station C31.  I was pretty much early each time I went which meant that I got to see how it was all produced plus bear witness to many a funny moment: either sporadic or rehearsed.

One of my proudest moments was being a part of a night that was filmed and sent to the troops over in East Timor during the independence time.  The late Dave Grant gave it the title of "A Night In The Trenches" and we all clamoured to be a part of this once-in-a-lifetime show.

I don't know how many times I was given a 10 min spot on Champagne Comedy but it was fabulous to be given the opportunity.  Lou took a risk on me and, like most comics, I had times of great highs and a few slightly lower.  All excellent education that I carry with me today.

Through all this I became friends with the producers of the show: Louis-Robert Stomm and the late Matthew K. Sharp.  This friendship lead to many great shows together, including the transfer of Champagne Comedy (show title) to North Melbourne.  Perchance I ended up being involved in another show called "The Comic Box" which aired late on Friday nights on C31.  In this interview-based show I was cast as the sidekick and had a wonderful time hamming it up, slightly off camera at times.

In 2010 and 2011 I would be invited to bring my comedy character, Loretta Chatalotalittle, as a guest on The Comic Box.  C.J. Jenkins was the fabulous host and I do believe that Loretta thought she was the then prime minister, Julia Gillard.  I also think these were both NYE shows. 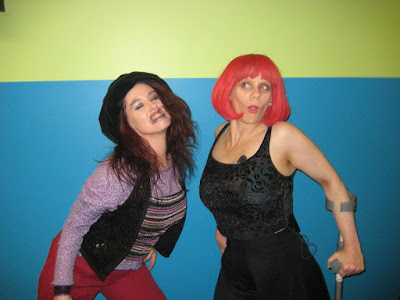 Loretta was "up for anyfink" which meant things like trying to sing a song whilst Annie stuffed my mouth with cheese balls, or referring to C.J as "prime inister" gave me a sense of freedom I've not had since.

Even though I had moved on from standup comedy and into music, our friendship and association continued.  Much of our communication in the past few years has been by phone as I now live in another state.  At least, Lou, we've been able to have long chats on the hullo phone and I'm grateful for them.  I know sometimes you've been really ill, yet I've never felt anything but welcomed each time we've talked.

What I didn't realise until lately was how much all all this has influenced and set me up as an entertainer, a radio presenter and personality, a trailblazer, and very much an individual.  Louis-Robert could always get the best out of me and he saw in me a talent that wanted to be nurtured.  A true believer when it came to giving someone a chance, Louis-Robert gave me so much more than I will ever be able to repay.  Yet, I feel he wouldn't want me to anyway.  Lou is a most generous person and I thank him for all his generosity to me.

So Lou, make sure you haunt me and kick me up the butt when I need it.  I'm sure you'll find ways to let me know you're around.  Please feel free to be Molly's "imaginary friend" when I have to leave her and go to work.  Please remember how much I value and love your support and friendship.  Your influence has been profoundly positive and I carry the experiences with me each time I'm on stage or doing something creative.  Please remember, even though I am sad you are moving on, I'm so glad I have been a small part of your life and your journey.  You've been a significant part of mine that I will treasure always.


I've been a bit remiss in sharing things for awhile and some of that is because I've been a bit busy behind the scenes doing things like recording music for a documentary which had part 1 screened last night on Channel 44 here in Adelaide.

Jethro Heller, Adelaide's own documentary master invited me to record acoustic versions of two songs for his series called "OMG".  Part 1 aired on Channel 44 here in Adelaide and in Melbourne on C31 this past Monday night.  Here is the first song.

Jethro is much respected both here and overseas for his work behind and in front of the camera.  It was an easy thing to accept his invitation, particularly as I've had long admired his work.  Sometimes I still pinch myself at all the wonderful things that have happened since I moved to Adelaide six years ago.  I'm very proud I took the chance and moved across.

One of the great things about doing this was extending myself as a vocalist, and also recording the guitar track as well.  Many thanks to my darling handyman, Graham Burkin, for his wonderful work in our home studio.  If you don't know much about Graham, he is a musician in a number of Adelaide coverbands, and also a rather talented sound engineer.  He's also thorough and willing to gain more experience by trying new things.  I would not have gained what I did on my own (even though I tried).  He's a credit to the musical community in so many ways and a darling supporter of mine.

I hope, if you watch it, you get some enjoyment from this project.

It would be remiss of me not to publicly thank all the listeners who have voted my song this week's number 1 most requested song on Alan Gilmour's country music show which goes to air each Tuesday night.  I've been blown away by how many people who listen to Todays Country 94One over in the Hunter region of NSW.  I'm also grateful and equally stoked that my song FEELING LOVE has been requested so many times!

If  you haven't heard this single yet, please check it out either at

or if you don't use itunes, then pop over to 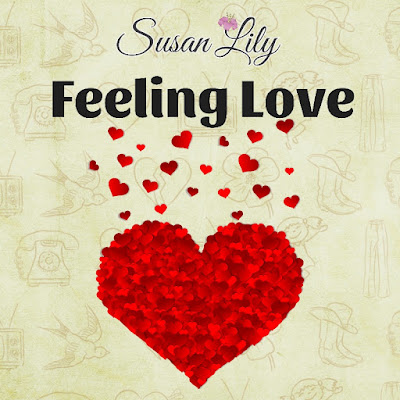 It's a great joy to write music that has a mass appeal with people who come from all walks of life and perspectives.  Thanks to all who are enjoying my music thus far, I'm feeling love today and every day

Adelaide's Lily Is About to Bloom!!


To say I'm a proud South Aussie is an understatement.  Ever since I moved over the border, so much has changed for the better for me. This Podcast I'm sending you to, and its creator Steve Davis, helped me to settle in to my new life here in Adelaide. There have been so many musical possibilities since then, including the recording and releasing of my song about Port Adelaide, TOUGH AS GERANIUM, which is included in this week's podcast.  I'd love if you would drop by the link below and have a listen, and then make The Adelaide Show your number 1 podcast where ever you ar


I find out next tuesday night if I am an award winner in Tamworth (it would be my first Tamworth award) and will scream from the rooftops if I do. Have a great day all and thanks for your support xx
Posted by Susan Lily at 10:32 No comments:

As I wrote on FB a bit earlier, to say I'm proud of the certificates that arrived in the post yesterday is quite the understatement.  I'm so very proud and now it all seems real.  Big thanks to Tamworth Songwriters Association , Anthony Stewart from Red Brick Recording Studio right here in Adelaide, Graham Burkin, all my gorgeous fans, and all the support I get from community radio across Australia and overseas.  This is for YOU! 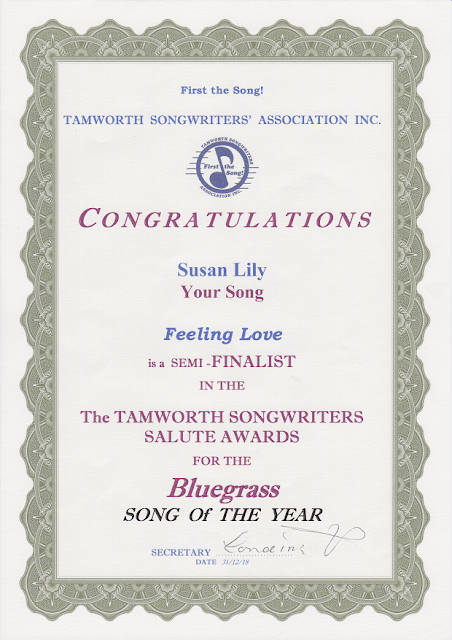 this was such a wonderful surprise to me

As Shania has sung recently..."life's about to get good"  and it certainly is